The train derailment that killed at least six people in central France on Friday may have been caused by a loose steel plate at a junction, French train operator SNCF said.

The steel plate, which should have remained bolted onto the track, moved to “the middle of the track junction”, preventing the rolling stock from passing through, Pierre Izard, head of infrastructure services at SNCF, said on Saturday.

“The reasons why this fishplate dislocated itself is the very focus of the investigations,” SNCF head Guillaume Pepy said, adding the train operator would immediately start checking some 5,000 similar junctions throughout the French rail network.

The accident, which injured dozens of people, marred festivities for France’s July 14 Bastille Day, traditionally the cue for French families to embark on long summer holidays.

The Paris-Limoges train, on a regional service that travels more slowly than France’s TGV express trains, derailed at the station of Bretigny-sur-Orge, 26 km (16 miles) south of the capital. It was carrying about 385 people, SNCF said.

Workers spent the night cutting through tangled metal, but found no more victims. A crane was brought in to lift a carriage that fell onto its side and others torn open in the accident.

Local Essonne region prefect Michel Fuzeau said more bodies might still be found in the wreckage and under the tilted carriage but the rescue team’s dogs had not detected any more casualties so far. “We maintain our rescue operation,” he said.

The train crashed just a few days after the government unveiled details of planned investments in the railway network.

Transport Minister Frederic Cuvillier told France Info the accident could have been worse if the driver had not reacted quickly to avoid hitting another train 200 metres (yards) away.

“Everything was fine and then all of a sudden it was if we were riding through gravel,” Clement, 17, one of the train’s passengers, who was in the second coach, told Reuters. “Then the wagon in front of me started to tilt over.”

France has suffered several train crashes in the past few decades. One of the deadliest was in 1988, when a commuter train headed into Paris’ Gare de Lyon crashed into a stationary train, killing 56 people, after its brakes failed.

In 2002 a fire swept through the carriages of a Paris-Vienna overnight sleeper in eastern France, killing 12.

President Francois Hollande, due to give the traditional Bastille Day address from his Elysee Palace on Sunday, raced to the scene on Friday to commiserate with families of the victims. (Additional reporting by Yann Le Guernigou and Astrid Wendtlandt; Writing by Astrid Wendlandt; Editing by Mark John and Alistair Lyon) 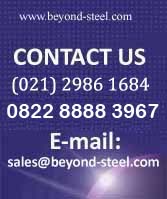